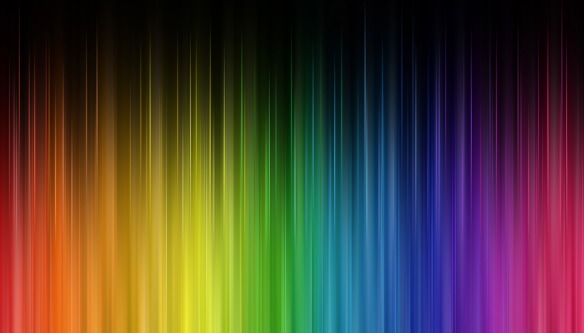 South Africa is often referred to as the Rainbow Nation, a term which is symbolic of the country’s diverse cultural, ethnic and racial background. The expression was originally coined by Archbishop Desmond Tutu and used by many thereafter with the aim of capturing, and dare I say promoting a sense of unity post-apartheid era, during which everything had been viewed through the screen of an old-skool television. South Africa’s flag further embraces the ideology of a unity of colour and race through its use of 6 dyes. Unlike a rainbow however, the colours of absence and sensory balance feature.

Never before have I visited, or lived in a country which is as colour sensitive as South Africa. Maybe this is just my age showing? Too casual use of a ‘black’ or ‘white’ person colour reference (and as a foreigner I’m still unsure of the latest street lingo for either) could land you in very serious trouble, especially if something is erroneously lost-in-translation or removed from its rightful context. The legacy of Apartheid (to me) still appears to be fresh in the minds and actions of many, even following the country’s first democratic and multi-racial elections in 1994, won by the African National Congress (ANC) under Nelson Mandela.

No form of oppression is excusable and in modern day society should not be promoted. Such acts however have proven to be commonplace throughout history – Colonisation, the Jewish Holocaust, female oppression, the African slave trade and Roman domination in biblical times, to name but a few. There will forever be racists and racism in the world. It may come as a surprise to many, but this is a global phenomenon and irrespective of skin shading there is an entire world outside of South Africa’s doors. Many fail to realise this. For those of you who know me, even the isles of a Tesco’s supermarket aren’t safe from ignorance (and if you don’t, it doesn’t matter all that much).

Apartheid, if you’ve been hiding under a rock for the last half century, was abolished in South Africa 18 years back and whilst it is an integral part of the country’s history and should always have a special place in the national curriculum of schools, everyday people should remember that this is now history and should no longer take a front seat in the country’s current affairs. There comes a point where it becomes time to move on; onwards and upwards; leaving the past behind and living your life in the now. Whatever happened to positive thinking and attempting to do something for the good of an entire nation without continuing to crucify forefathers for their wrongdoings? 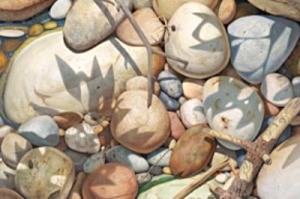 Not necessarily the best life-principle to apply!

There are too many calendar days when I listen to the news on the drive into work and hear stories linked to problems concerning race, colour, and ethnicity. And then there is the historically offensive ‘name’ calling; a certain radio show presenter recently found out the hard way that the “sticks and stones may break my bones, but names will never hurt me”  idiom does not work so well in post-Apartheid South Africa. The sensitivity problem is further impounded by political delinquents such as Julie-ass become a little power drunk and think that they can get away for their outspokenness and actions without punishment. What exactly does he do outside of spending time in disciplinary hearings (and does he have to take annual leave for this?)

I’m only testing the water here, but surely he should have realised before opening his trap that both statements were going to cause considerable chafing on either side of the proverbial tripod? You only have to search for news articles on this subject, i.e. ones where you can leave comments, to help gauge public opinion. You’ll note the Zuma critics arguing that employment candidates should be selected based on their qualification merits (valid point and one which is usually enacted world-over); and on the flipside, you get others who will respond to the presidential critics with the usual “You Racist” chitter chatter. Where I ask is the constructive and formulated thinking behind the latter?

Companies and enterprises have been scored since the introduction of BEE to promote the various objectives of the scheme. Underperformers and non-compliance are usually penalised by omission from large public-sector projects (in the engineering industry anyway), else shunned by other organisations who are ‘more compliant’ under the Acts. My experience of BEE, in my short time in the country, is that many companies will consider paying a ‘historically disadvantaged individual’ to act as ‘silent management’, thereby boosting the company’s score rating. Apart from receiving a monthly salary, such individuals do little or nothing to positively advance other aspects of the business which they represent. Maybe I’m missing the point, but how is this in line with the objectives of BEE – it’s silicon-artificial at best? These situations are more akin to paying a ‘historically disadvantaged’ tax. Management and/or ownership should be associated with hard work, discipline and a level of commitment to a company. This does happen in certain instances, but hardly on the level one would expect from previously disadvantaged people who are given the opportunity to excel in a changed world.

Is your firm BEE compliant?

Taking a few steps back in time, the racial discrimination against African-Americans in the US, in many ways harbours similarities to the days of Apartheid. The US Civil Rights Movement, aimed at outlawing racial discriminatory behaviour in the US only lasted 13 years, from 1955 to 1968. ‘Black Power’, succeeded this period (finishing in the early 1970s) and in its simplest form, was a period where racial pride amongst African-Americans and the creation of associated political and cultural institutions were established to nurture and promote black collective interests. Sounds very similar to BEE doesn’t, but without the indefiniteness?

As far as the second Zuma statement goes, I don’t want to point too many fingers, but the timescales of BEE government policies should speak for themselves. There is only so much of an onus that government can place on local businesses; rather they should divert funding assigned to BEE into secondary and tertiary education. The government should also seriously consider a nationwide crackdown on truancy and laziness, which inevitably are the festerings of the country’s world-renowned crime problems. Should individuals, historically disadvantaged or not, have the self-drive and opportunities to promote themselves, empowerment should occur naturally; it shouldn’t just be given away.

2 thoughts on “Red and Yellow and Pink and Green, Orange and Purple and Blue, I Can Sing a Rainbow…”